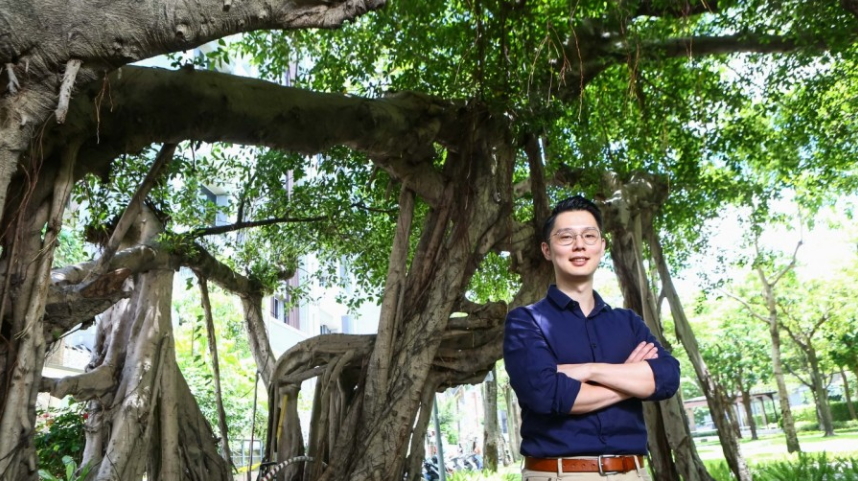 The technology behind cryptocurrency bitcoin could be used to boost Taiwan’s film industry under a plan launched by a local filmmaker.

Director Jack Hsu hopes his blockchain-based token project called SELF can change the way movies are funded and how consumers interact with characters in films.

“We want to create an ecosystem that could really support and promote the Taiwanese film industry,” Hsu said.

“We have been through a constant struggle to get financial support for making Taiwanese films. We understand how difficult that is and wanted to change the environment for the country’s film industry.”

The SELF project plans to increase funding success and build an audience around a film project, even before shooting of a film starts, by creating what its marketers call an immersive entertainment digital asset that integrates virtuality and reality.

“The film production’s movie scripts, movie budget and other information will now be released to allow fans to support the film projects they like,” explained Hsu.

Moviegoers and fans will be able to use the SELF tokens to exchange movie tickets, or exchange it for food and drink products at their partnered restaurants and bars in Taiwan.

Hsu added that each time a customer spends SELF tokens he or she gets bonuses and points. This type of engagement with moviegoers shows it is possible to create a positive cycle where aspiring filmmakers receive direct funds from their audiences.

“It offers moviegoers a new way of supporting the movies they love,” Hsu said.

Hsu is testing the SELF project through kickstarting Asia’s first blockchain movie, a film project entitled “The Last Thieves.”

“If the saints don’t die, the thieves won’t stop,” is the slogan of the upcoming film. The film will start shooting in October and is expected to release in the first quarter of next year.

Customers will be able to buy 100 SELF tokens in exchange for one movie ticket which will be available for movie theatres in Taiwan and Hong Kong. The price for SELF token sales is expected to be NT$2.5 for each SELF token.

The SELF team plan to add an interactive game element in the film through use of mobile apps and the internet allowing users and buyers of the SELF tokens to have their own virtual characters in the movie. For instance, if you go to the movie alone, then your character and its outfit may turn into a persona of a lone wolf.

The project was initiated by Hsu in May last year. It has a dedicated team of 20 staff, with an average age of 30, currently based in Taipei. The SELF team plans to start its pre-sale by the end of this year.

Hsu’s new venture in the intersection of the blockchain world and the filmmaking world speaks to a deep concern about the future of the country’s film industry.

Taiwanese government support in the entertainment industry is behind China and South Korea, whose pop culture and creative industries have grown in the past several years.

“I hope that I would one day improve the country’s film industry so that I could stay in Taiwan, and make films with people that I love,” Hsu said.