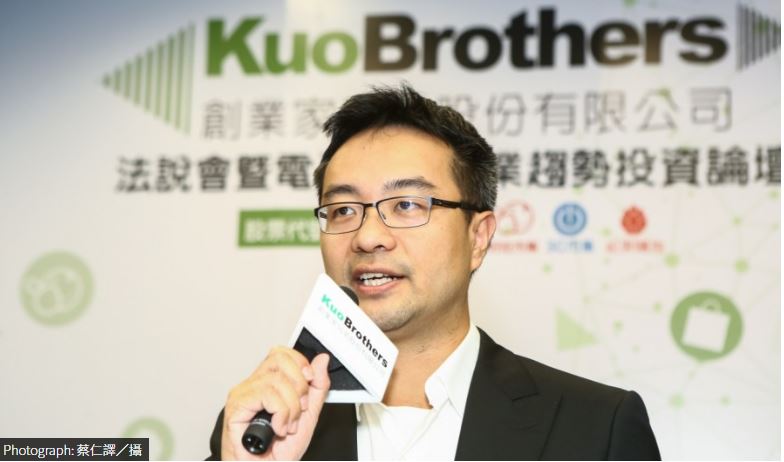 In Taiwan’s competitive and congested e-commerce market, a young startup is holding its own.

MobiX Corp’s Pcone, a platform founded over two years ago by the KuoBrothers Group, in January attained its first significant round of venture capital financing — its series A round funding — of approximately NTD$150 million.

The company has a goal of holding an initial public offering by 2020.

Taiwan’s e-commerce market has grown rapidly over the past few years, with a market size of US$42.69 billion in 2017 according to export.gov.

Pcone has been successfully recognised as one of the popular e-commerce platform even there are some major players in the Taiwanese e-commerce market, including the PChome Online Group. Its platform, PChome24h, offers a 24-hour delivery service with 2 million items that can be shipped directly to customers in 105 countries. Pcone’s competitors also include Singapore’s Sea Group-owned Shopee and Alibaba-owned Lazada Group.

Business Next Media recently sat down with Andy Kuo, CEO of MobiX Corp, and asked him how he pulled off this trick.

Andy Kuo: the secret of my success is a youthful approach to a market filled with seasoned e-commerce players

Andy Kuo and his brother, Jerry Kuo, are serial entrepreneurs. Along with their wives, they founded the Kuo Brothers Group.

One of their more well known ones was Atlaspost.com, which was founded in 2007 and has since closed. It was a social mapping service that helped travelers to connect with people in their vicinity and share content with others all over the world. Later, the website was acquired by America’s Groupon.

Kuo said he had been very flexible in adopting various business models for Pcone and this had contributed to the firm’s success. He was willing to try out anything but would immediately stop adopting a model once it turned out not to be of help for the company.

“I think the advantage that we have is … that our team members are from the younger generation,” Kuo said.

“So as the junior (company), we can mirror the experiences of the senior ones,” he said.

Kuo noted that younger firms don’t need to copy everything the older companies do.

“Many e-commerce platforms announced ambitious plans to expand their markets overseas, however, we don’t have these plans since our market is focused on Taiwan,” Kuo said.

Kuo also says his business strategies relating to stock keeping units play a big part in staying ahead of the competition.

A stock-keeping unit (SKU) is a unique identifier for each distinct product and service that can be purchased on an e-commerce website. The purpose of SKUs is to help a company to systematically track its product availability in warehouses.

Kuo said that Pcone focuses on amassing SKU’s relating to popular lifestyle products, rather than offering SKUs for all product categories as e-commerce companies normally do.

“Once you find out a solution is not the one you are looking for, then just drop it and try the next.

“You know you will be getting closer to success.”