How STARTBOARD achieves to bridge the talents between Southeast Asia and Taiwan: interview with the founder of STARTBOARD Uniform Lin 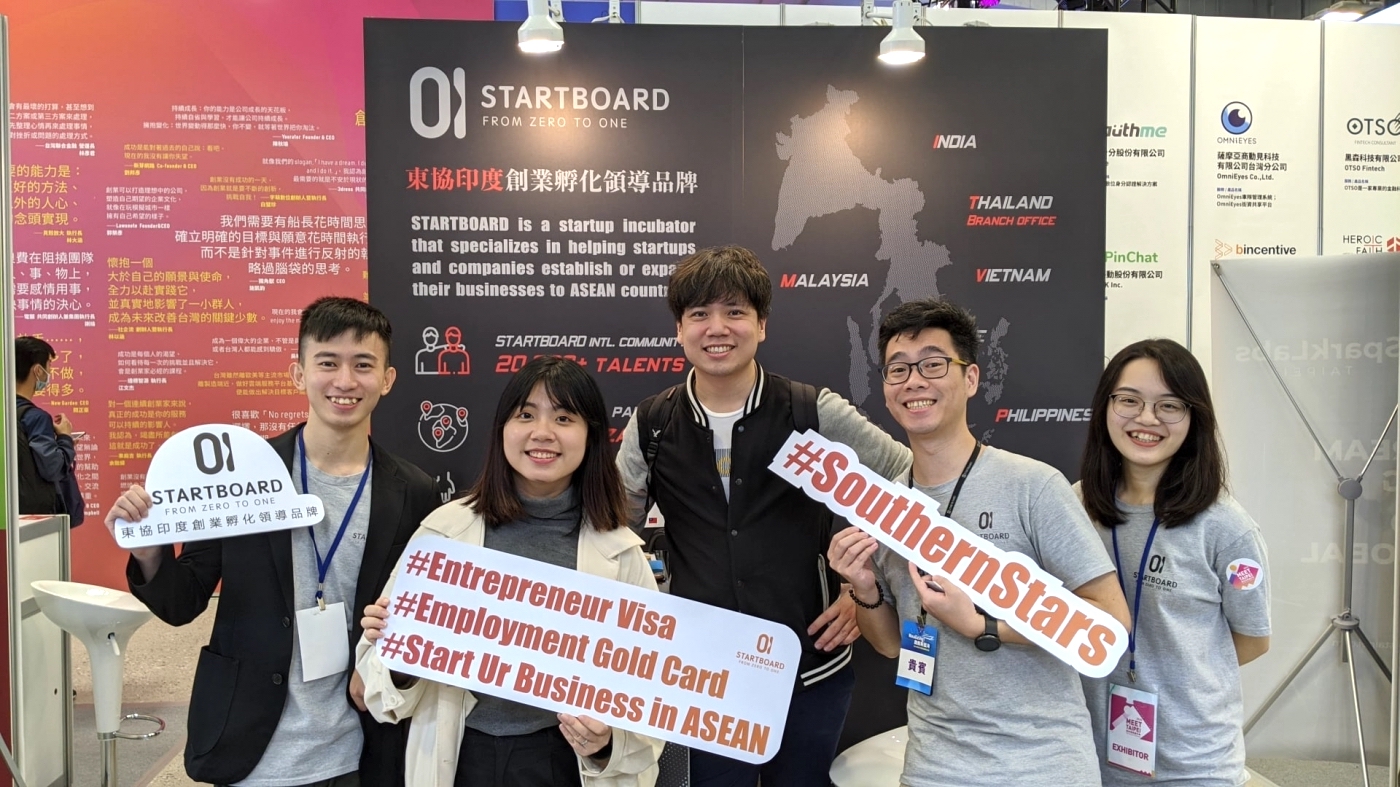 Graduated from electro-optical engineering, Uniform Lin, however, wasn't a fan of becoming an engineer. He was perplexed about his future but also ambitious to somehow transform Taiwan. Luckily, Lin met professor Chun-Shan Chen, who was the Chair of Graduate Institute of Intellectual Property at Taipei Tech. At the time, Chen was planning to set up an association to assist Taiwanese manufacturers in becoming global brand enterprises.

Looking into what a company needs for transformation was a part of Lin's job, and he found that companies have to understand the local culture, industrial ecosystem, consumption habits, and sometimes the language of another country in order to go abroad. That is, someone who is familiar with the country, or even better, from the country, is a must for the company.

The potential of Southeast Asian students in Taiwan

Lin then discovered the solution lies in a fact that has long been underestimated - there are a great number of Southeast Asian students in Taiwan. If these foreign talents are able to work at those Taiwanese companies during their stay, there'd be a great opportunity for them to help the company to expand to their home countries.

Accordingly, the project Global Young Leaders for Global Markets and CSR (GGC) was launched and executed by Lin at the end of 2014 to help foreign students, especially students from Association of Southeast Asian Nations(ASEAN) and Indian, to find internships and jobs in Taiwan. It was successfully joined by more than 10 top universities, enterprises such as MediaTek and PwC, and hundreds of foreign students each year.

During his years at GBMA, Lin has met people around the world and developed his own connections.“I followed professor Chen to visit a lot of big shots. I learned a lot and was grateful for having the chance to participate in those meetings,”said Lin. Yet, the professor encouraged Lin to leave GBMA to explore something different. Thus, Lin went to work at one of the largest and most respected law firms, Formosa Transnational, and became a graduate student of Graduate Institute of Intellectual Property at Taipei Tech in order to acquire further knowledge.

How to hire foreigners in Taiwan ?  🔗https://youtu.be/tRKBgt6kA5A

Meanwhile, an Indian friend of Lin's finished his Ph.D in computer science at National Chiao Tung University with a full scholarship for six years, and he wanted to start his own business in Taiwan. He came to Lin and asked for help as he was facing various obstacles to set up a company in Taiwan as a foreigner.

Unfortunately, Lin didn't have enough experience and resources to solve his problem at the time.“The law regarding foreign entrepreneurs wasn't mature enough at the time,”explained Lin. Thus, even though his Indian friend wanted to stay and founded a company here, he still left.“Taiwan spent years cultivating a professional, however, we lost him in the end.”

Lin noticed that his Indian friend wasn't the only case. In fact, a lot of Southeast Asian students have been facing the same situation. Therefore, in 2017, combined with the experience Lin has gained at GBMA and his background in law, STARTBOARD was born to help flourish Taiwan's talents pool.

From an incubator to the professional of Southeast Asian-related business

From industry mentors and partners, government resources, networking events to legal consulting and counseling, STARTBOARD is committed to providing a one-stop service for people from ASEAN and India that are interested in establishing companies in Taiwan. In addition, due to the approval of the National Development Council and Immigration agency, STARTBOARD is able to endorse foreign entrepreneurs for their visa.

Furthermore, Lin didn't forget his ideal and strength of assisting Taiwanese companies to go abroad as he did at GBMA. For example, many banks are planning to open branches in Southeast Asia, so they came to STARTBOARD in search of Southeast Asian graduates in Taiwan.

Besides, since working at companies with the registered capital under five million doesn't meet the requirement of applying for the working visa, small-scale companies can contract to STARTBOARD to hire foreign students as employees.

Yet, not only small and medium-sized companies (SMEs), STARTBOARD also provided service for one of the world's top 100 companies. By organizing an entrepreneur competition in India, STARTBOARD helped the enterprise to explore local talents as they planned to set up their own brand there.

STARTBOARD earn its endorsement from global representatives through trust

With the connections Lin has been building since working at GBMA and his sincere care for foriegn students and talents, he and his team showed the companies and even embassies from ASEAN and India that STARTBOARD is a trustworthy bridge for deeper partnership between the countries.

STARTBOARD was the only company invited when the Thailand Trade and Economic Office in Taipei held an event, and STARTBOARD has already set up their first oversea branch office in Thailand. In addition, the Representative of Indonesian Economic and Trade Office even attended STARTBOARD's networking event and offered assistance to Taiwanese manufacturers regarding exporting issues.“It is all built on trust,”said Lin.