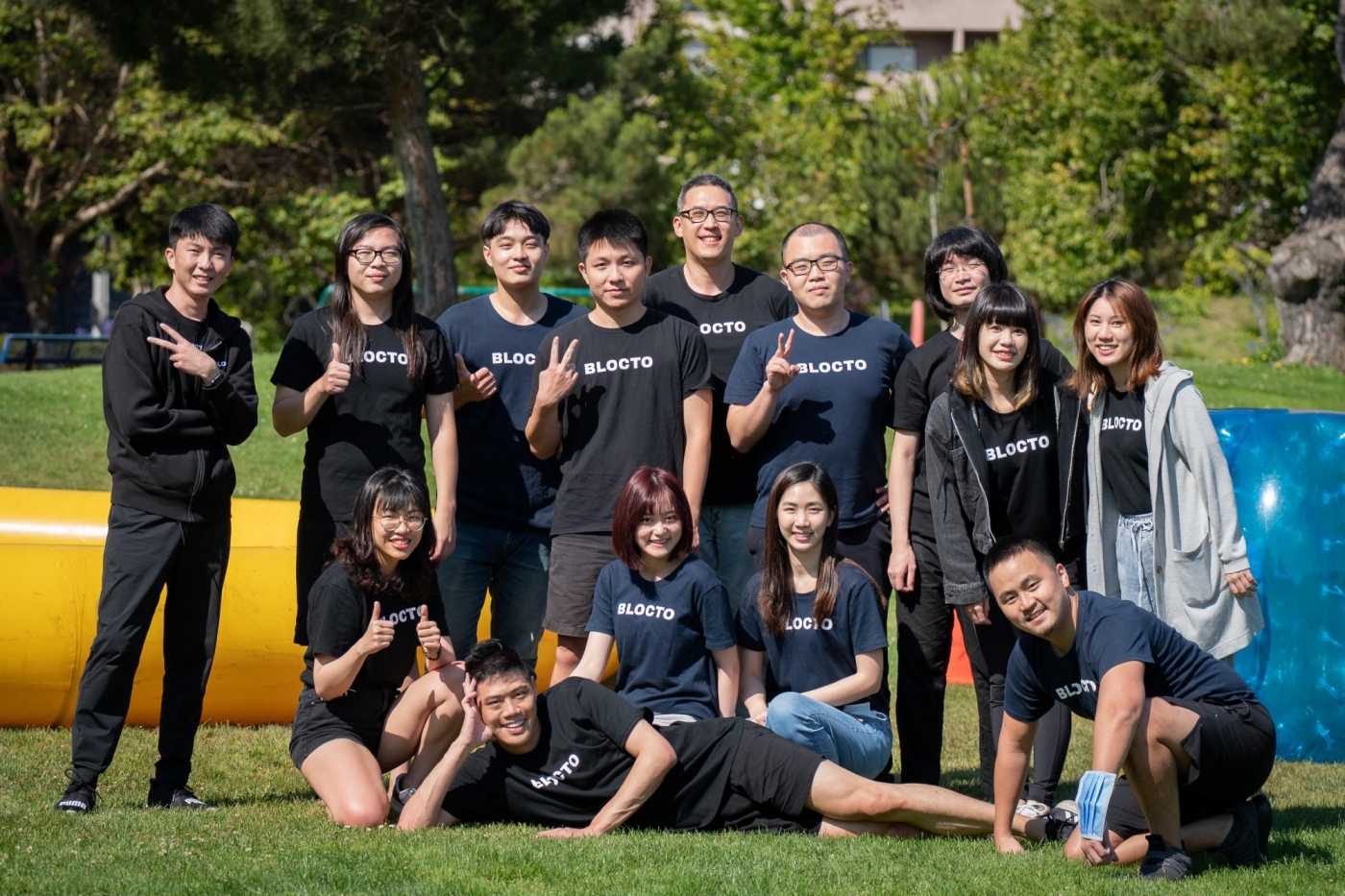 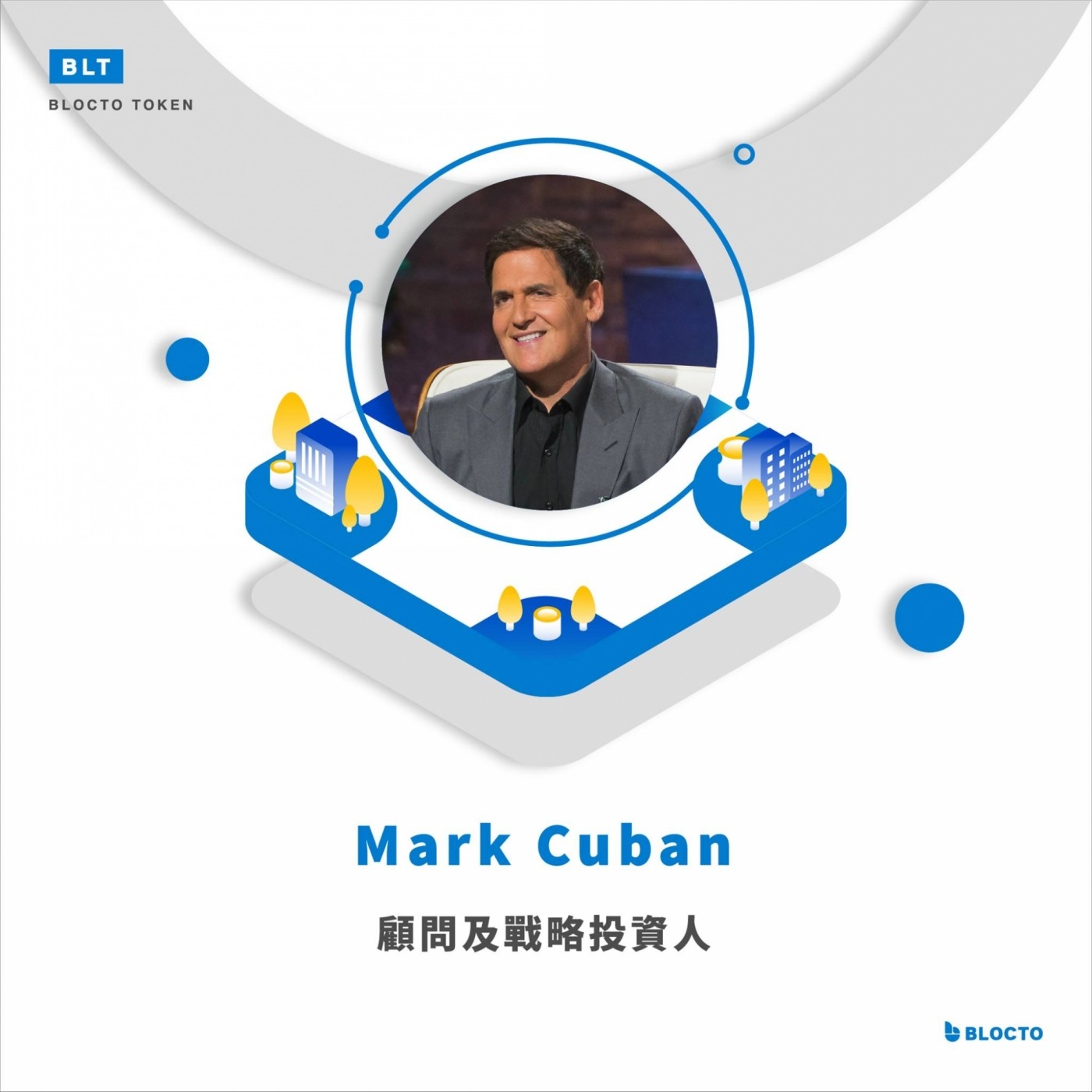 Portto developed a user-friendly blockchain wallet, Blocto, that allows blockchain laymen to trade digital assets such as NBA TopShot and Vault by CNN with ease. Co-founders Hsuan Lee and Edwin Yen come with abundant hands-on experience in the blockchain industry, both boasting abundant experiences in the crypto space. The two worked previously at blockchain start-up Cobinhood, creating a blockchain with 10,000 transactions per second.

Earlier this year, the non-fungible tokens (NFT) craze swept across the world. An NFT is a digital collectible stored on blockchain, which ensures assets are hacker-proof and provides public proof of ownership over a piece of digital asset, like an artwork.

Viewed as a fringe hobby of tech-savvy consumers previously, these kinds of digital assets quickly gained popularity and signals great market potential. Artist Beeple sold an image collage on blockchain worth USD$ 69 million at a Christie’s auction sale in March. NFT demonstrates a fast-moving development, growing nearly tenfold from 2018 to 2020. In 2020, the transaction volume of the NFT market came to USD$ 338.04 million.

While NFT took the world by storm, most people still haven’t got a clue when it comes to purchasing digital collectibles. Blockchain applications are still Greek to many. The good news is, start-ups like portto are working their way to make blockchain applications easy and accessible to all. 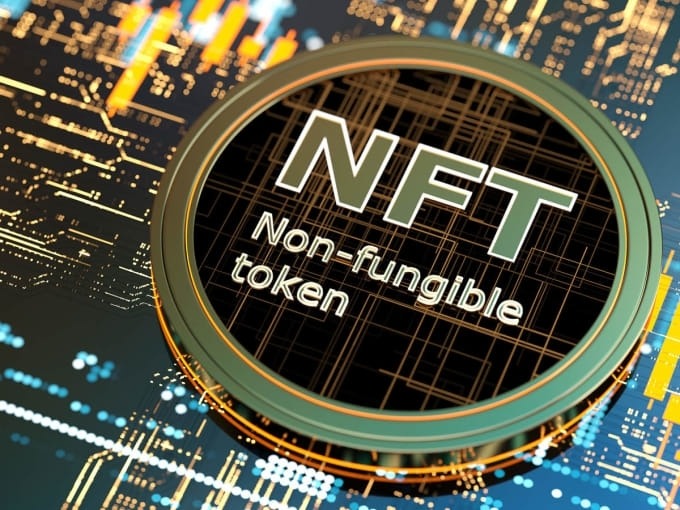 Earlier this year, the non-fungible tokens (NFT) craze swept across the world. / Photograph : nft via fiverr

During a networking event hosted by Blocto and supported by AppWorks, Blocto first came in touch with Mikhael Naayem, Chief Business Officer of Dapper Labs. Dapper Labs built the Flow blockchain, a more efficient infrastructure for consumers compared with Ethereum. “We partnered with Dapper Labs as both teams look in the same direction. That is, we are looking forward to building a blockchain application ecosystem,” said Hsuan Lee, co-founder and CEO of portto. 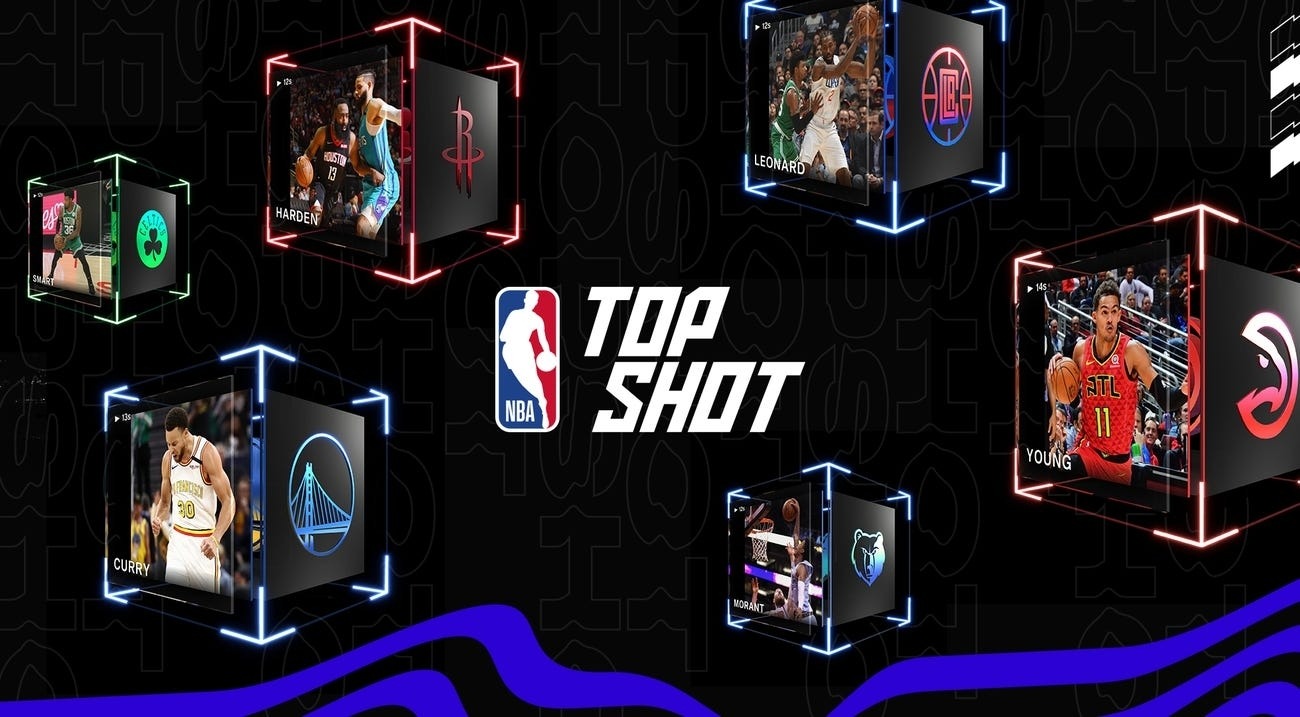 Foraying into the NFT trading market is a strategic move for portto. “It’s difficult for blockchain wallets like Blocto to bring in users who aren’t familiar with the blockchain technology. However, as NFT gains attention among the general public, we are seeing an opportunity to leverage our user-friendly interface and bring in blockchain laymen to our ecosystem,” said Hsuan Lee, co-founder and CEO of portto. NBA TopShot is a case in point, bringing basketball lovers to the blockchain realm.

Aside from NBA TopShot, a wide array of digital collectibles could be purchased on Blocto. Users could purchase Vault by CNN, which are historical news moments, with the app. Such as the piece in which CNN projects Trump’s win of the presidential election, is valued at 20 USD. MotoGP Ignition, which features NFTs that represent motorbikes and personalities in the real world premier motorcycle racing world championship, could also be purchased with the Blocto wallet.

Blocto memorizes your private key for you 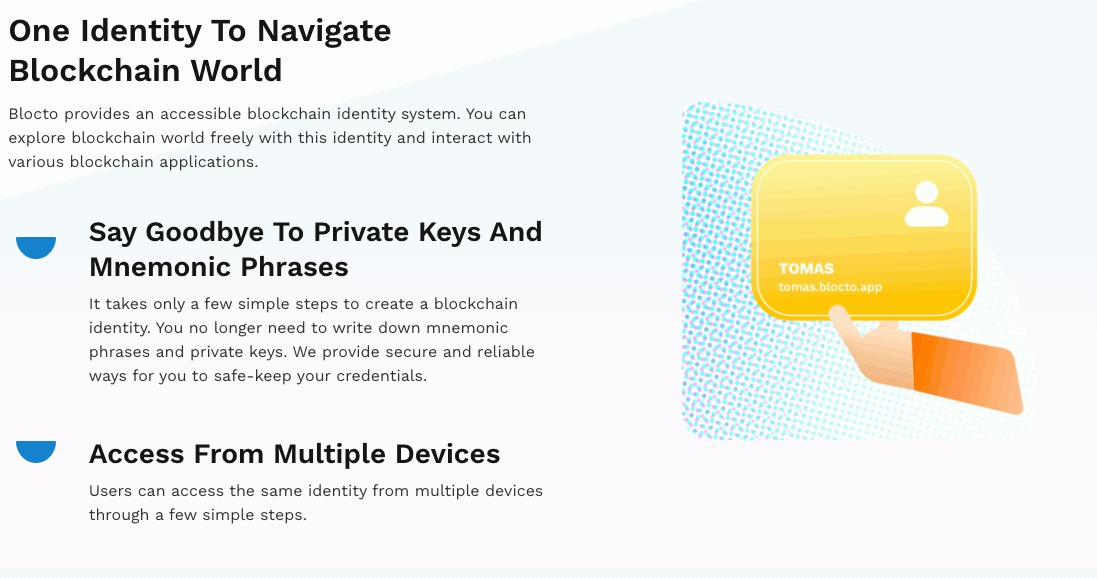 Blocto makes accessing blockchain as simple as signing up for Facebook and Gmail. Simply type in your email address, and then a blockchain wallet is ready to use. “With regard to account creation, we take a hybrid approach, coupling decentralized and centralized systems together,” said Hsuan Lee, co-founder and CEO of portto.

“Portto anticipates to erase obstacles of cross-chain trading,” said Edwin Yen, co-founder and COO of portto. Portto rolled out the Blocto points system to fulfill that cause. Blocto points serve as an intermediary that could be used to pay the fees across different chains. Portto envisions a future in which boundaries between different blockchains are non-existent.

With most wallets on the market, users need to understand which chain each dApp runs on, which could be painful for users as information is scattered. For example, CryptoKitties runs on Flow. That means users must access its service with one particular cryptocurrency, the FLOW. It could cause trouble for users who possess only Ethereum or Bitcoin.

Currently, with Blocto, users could access dApps built on various chains such as Ethereum, Flow and Solana, and all transactions could be paid via Blocto points, saving the trouble of finding out which cryptocurrency should be used. 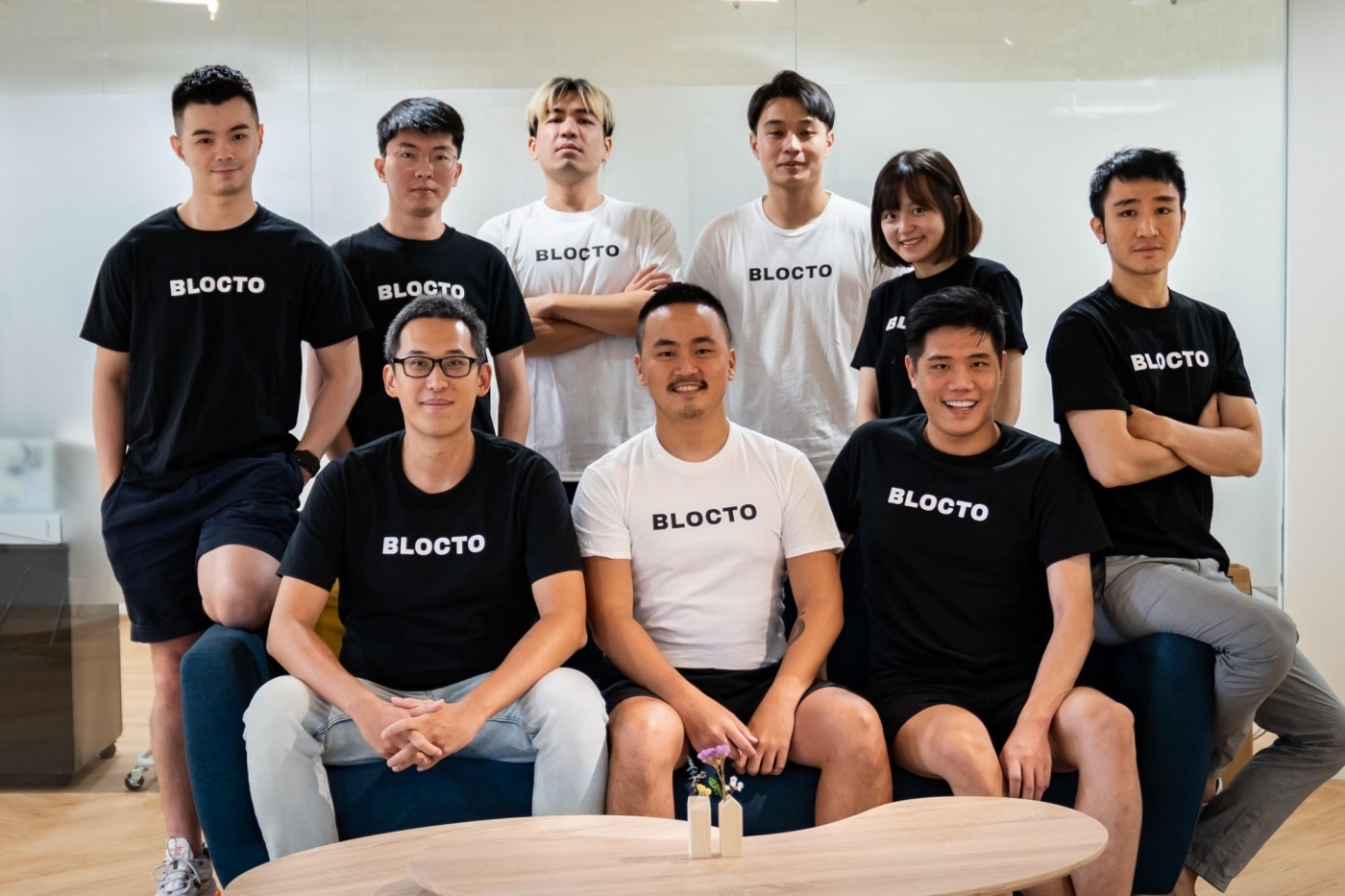 The team has an average of 5+ experience in the burgeoning blockchain industry. With a highly passionate group of seasoned marketers, engineers and designers, Blocto is poised for success. / Photograph : Portto

Portto’s funding comes in the form of token sales, where investors of portto receive virtual “Blocto Tokens (BLT)” instead of shares. BLT tokens are a way to liven up the Blocto ecosystem, as 90% of BLT holders are incumbent users and app providers of Blocto. Restricting token sale to strategic investors is healthy for expanding the ecosystem, as their profit is tied with the ecosystem’s long-term development.

BLT holders can make critical decisions in the ecosystem such as deciding which chains to integrate.

“BLT token serves as an excellent reward system that aligns the interests of users and dApp developers. Users get rewarded for storing their assets in Blocto and using dApps frequently. On the other hand, dApps get rewarded for bringing users into the ecosystem,” said Edwin Yen. Portto is on the optimistic lookout of building a dApp ecosystem.