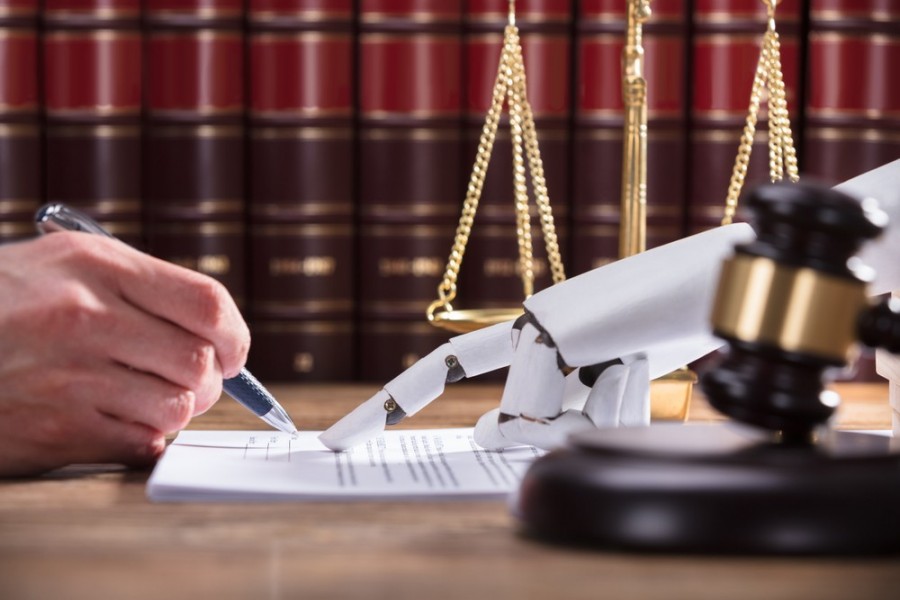 Serial entrepreneur and prominent US attorney Neil Peretz observed that lots of people in the US were bothered by the complexity of creditor claims in bankruptcy and property. He teamed up with former Goldman Sachs director, Cassindy Chao Bierhaus, to establish the law tech startup Proxifile to use AI to accelerate and simplify the claiming process.

Bankruptcy claims are some of the most common types of cases to appear in civil court in the US. Because the US is a state of law and has a mature legal system, it can be very complicated for people to recover money and property they are owed due to countless documents to be filed, obscure laws to study and strategize about, and lots of procedures to be followed which have scant tolerance for error.

In society nowadays, more and more products, real estate, and other kinds of financial tools have been created based on contracts, which means that everyone has the possibility to end up as a creditor one day when the other side of the contract does not fulfill its obligations. No longer is it just large businesses that are creditors who are owed money, property, or performance. Now individuals and small businesses are equally likely to end up as a creditor. However filing a lawsuit to try to recover money is always a painful, complicated, and expensive process for average citizens.

Filing a lawsuit to get back the money is always a painful process for average citizens. / Photograph : PROXIFILE

For instance, in the 2008 financial crisis, there were lots of people who lost their money when financial institutions and markets collapsed. Although many individuals pursued matters in court through a lawsuit, many could not afford lawyers to pursue claims through the court, particularly when big bankrupt debtors hired sophisticated legal counsel to complicate matters. “Large debtors will claim bankruptcy when they still owe many many small creditors, not only individuals but also small and medium-sized enterprises(SMEs), and the creditors not only have to fill out a complicated claims form correctly, but they also need to identify and provide the right supporting evidence and determine the most advantageous legal way to present their claim. If they do not complete the forms, provide the right evidence, and select the best legal positioning and file it correctly then they may have no claim at all,” said Neil Peretz, co-founder of Proxifile.

Besides filling out the complicated claim forms in time, with bankruptcy claims, even small mistakes can put the claim in jeopardy, like providing insufficient supporting evidence, mischaracterization of the claim, and failure to exhaust remedies, etc. Hiring a specialist bankruptcy lawyer to take care of every procedure should relieve the burden, but the consulting fee might be as high as USD$500~800 per hour, and average citizens can’t afford this price -especially when it’s unknown how many hours the lawyer will require to do the work. 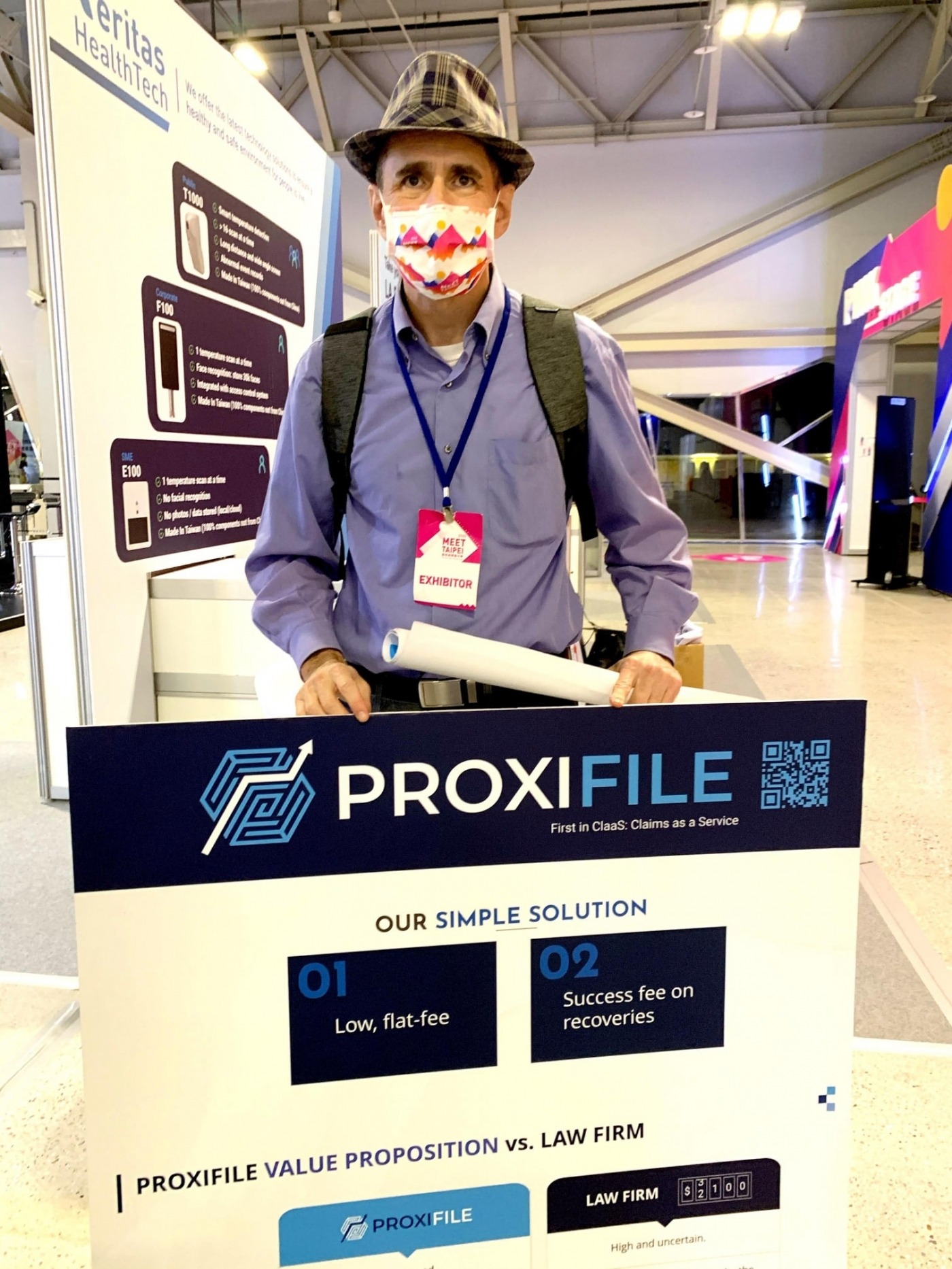 Neil Peretz observed that lots of people in the US were bothered by the complexity of creditor claims in bankruptcy and property. He teamed up with former Goldman Sachs director, Cassindy Chao Bierhaus, to establish the law tech startup Proxifile to use AI to accelerate and simplify the claiming process. / Photograph : Neil Peretz

Claims as the Service: Claims Automation

Neil Peretz, as a serial entrepreneur and founder of several tech companies including Contract Wrangler and PocketMail, decided to leverage the technology to help people efficiently file the claims. He teamed up with his friend and former Goldman Sachs director, Cassindy Chao Bierhaus, as well as recruited experienced software engineering leader, Manchi Leung, to help build the engineering team. Combining their expertise from law, finance, and engineering, they quickly rolled out the AI engine which can guide creditors to identify and provide the right information and documents, and then the AI software makes assessments about the best filing strategies and claims positioning. Furthermore, the AI engine tracks the filing process to make sure creditors are alerted to case developments and progress in their claim process. By using its own software and dashboards, the company aspires to provide clients with the same level of detail and intelligence as traditional business software systems, which is not a typical strength for lawyers.

“Neil possesses rich experience in law; he has been a financial services regulator at the Consumer Financial Protection Bureau and Securities and Exchange Commission (SEC), as well as a Trial Attorney at the U.S. Department of Justice and General Counsel at multiple financial services companies. When he and I decided to co-found Proxifile, I was truly fascinated by the company’s mission to help individuals and small businesses and couldn’t say no,” said Cassindy.

Proxifile will guide you on how to prepare your lawsuit. / Photograph : PROXIFILE

When creditors are using Proxifile’s engine, first they fill the simple intake form and upload supporting documents, review, and sign to quick start the claim. After initial analysis by the AI engine, Proxifile also has an expert team of specialist attorneys to review the claims to improve the size or speed up the recovery. Making sure everything is perfect, Proxifile then assembles and files an official Proof of Claim and supporting legal memoranda and documentation with the relevant court, and the users can see new filings and read updates from the dashboard.

Neil believes that high lawyer consulting fees shouldn’t be the barrier for people to claim the property, so instead of charging by hours with high fees, Proxifile’s upfront charges for every bankruptcy claim is USD$ 250, which makes filing the lawsuit affordable for everyone.

Proxifile closed the Pre-seed round with USD$ 2.3M this March and the investors include the Founder of Linkedin, the former CEO of American Express, and Taiwanese VC firm Darwin Ventures.

The Bankruptcy Claims service has been launched and is already helping people get back their money. Recently, they also began beta testing their forthcoming Property Claims Solution to solve the dispute and ensure full compliance and transparency of landlords.

“Our AI engine and claims service are not just for Americans, there are lots of people and businesses from other countries who are involved in business in the United States and become creditors and claimants there. They can also leverage our AI engine,” said Neil.

As a Taiwan employment gold card holder, Neil has lived in Taiwan for a time and knows there are so many talented engineers there. Proxifile’s Vice President of Engineering, Manchi Leung, is building the research and software development center in Taiwan. “Taiwan is an important research center for Proxifile, and we plan to hire many employees here,” said Manchi. Given the engineering talents from Taiwan, Neil and Proxifile can continuously add more functions to the product and offer people more affordable and transparent access to their legal rights.