Building Taiwan as a hub for the next 4 billion mobile internet users: interview with SOSV general partner William Bao Bean 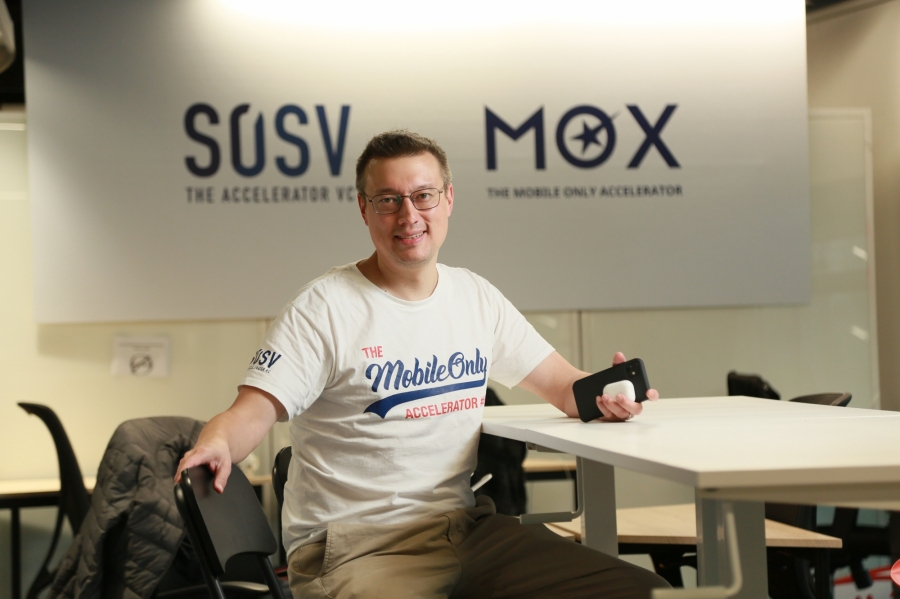 William Bao Bean, the general partner at the most active global venture capital firm SOSV, spotted Taiwan as the best incubator for serving the next 4 billion mobile internet users from around the world. William set up MOX here in Taiwan, a mobile-only accelerator, to connect all the mobile companies together.

Technology analyst who knows the Asian market the best

William Bao Bean forged an indissoluble bond with Taiwan as early as his graduation year. As soon as he graduated from college in the US, he came to Taiwan to work as a researcher at the American Institute In Taiwan (AIT), which is the de facto embassy of the US in Taiwan and owned by the US Department of Commerce.

With Taiwan's semiconductor and electronics manufacturing industries starting to boom at that time, the experience to work in Taiwan not only consolidated William's understanding of the technology industry but also intrigued his interest in the Asian technology market. He foresaw that the Asian market can not be neglected in the future, and planted a seed in his heart to bring him back to Asia after leaving several years later. 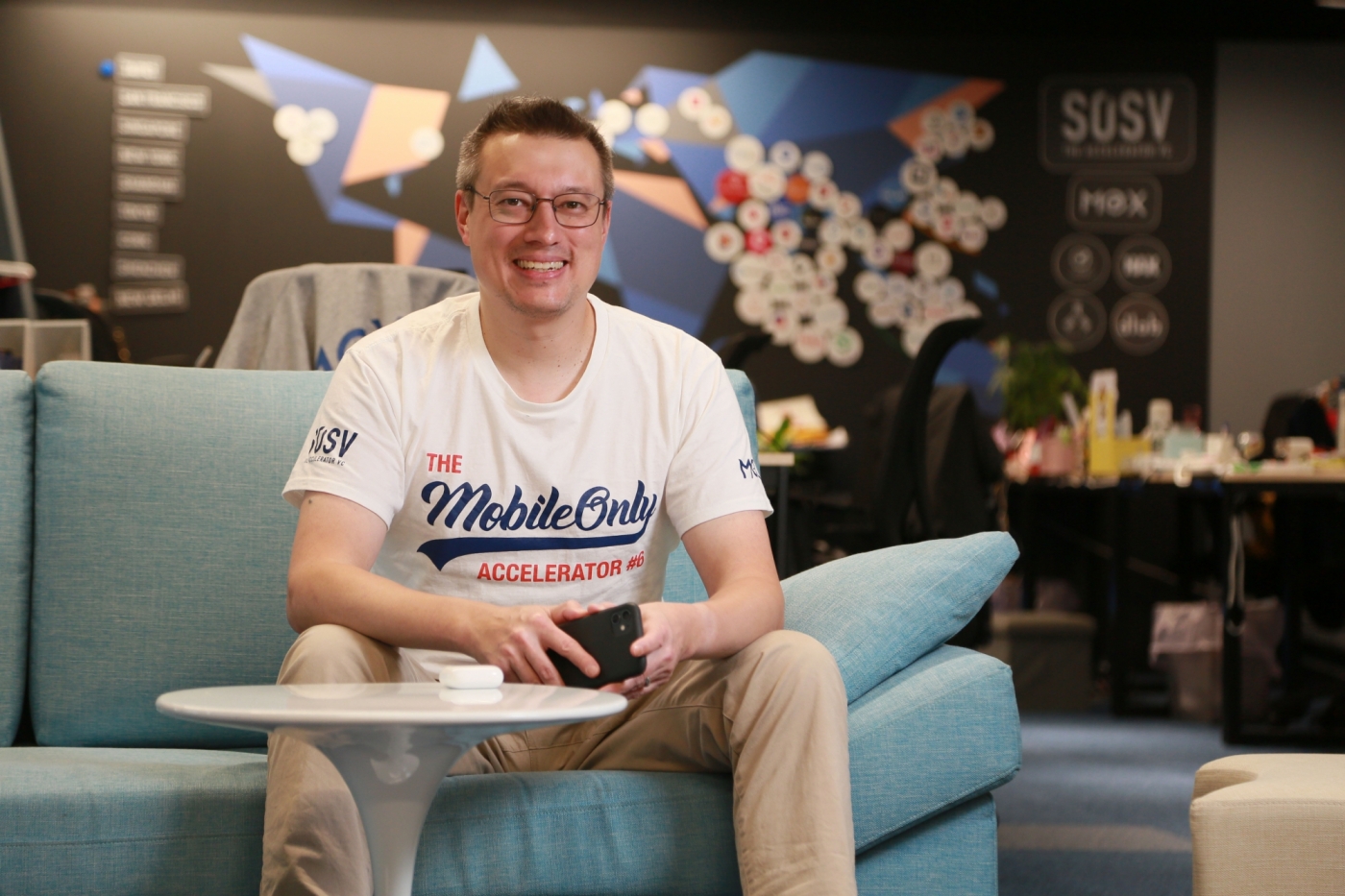 25 years ago, William work in Taiwan as a tech analyst. The experience eventually leads William to bring the accelerator back to Taiwan. / Photograph : 賀大新攝影

Two years later, William went back to Wall Street to work as a tech researcher at investment bank Bear Stearns, which, at that time, had the top-ranked PC & hardware analysis in the world. With his understanding of Taiwanese and Asian technology industries, William kept discovering potential tech companies from Asia for the western investors. He built a reputation among institutional investors for his familiarity with the Asian technology market and attracted SoftBank Group to hire him for investing in this market.

Between 2002 to 2014, William kept honing his vision by making one after another successful investment in Asia. He spotted the potential of Alibaba, which later became an e-commerce giant in China. He spent two years introducing Alibaba to western investors. Furthermore, he arranged for former President Bill Clinton to come to Hangzhou for a feast with Jack Ma. Eventually, he helped Alibaba achieve the IPO successfully.

Not only did he invest in China, William's investment portfolio was across the whole Asian market. He invested in Peacesoft - a Vietnam eCommerce and payment platform backed by eBay, GMobi - a mobile platform from Taiwan, and Massive Impact - an Israel mobile advertising startup later acquired by GMobi.

Because of his achievements in investing, he was ranked No.1 stock picker in technology, media, and telecom in Hong Kong/China by Forbes, and ranked top 3 All-Asia analyst for Technology/Software by Institutional Investor Magazine Asia.

Through one after another investment across Asia, William felt that the internet was definitely taking off there and he should get on the train. At first, he planned to bring Google's business model directly to here, which means building an advertisement platform that lets internet startups promote their business. But, his knowledge of Asia told him that simply copying Google's business model did not fit in this market, he needed to reshape it. 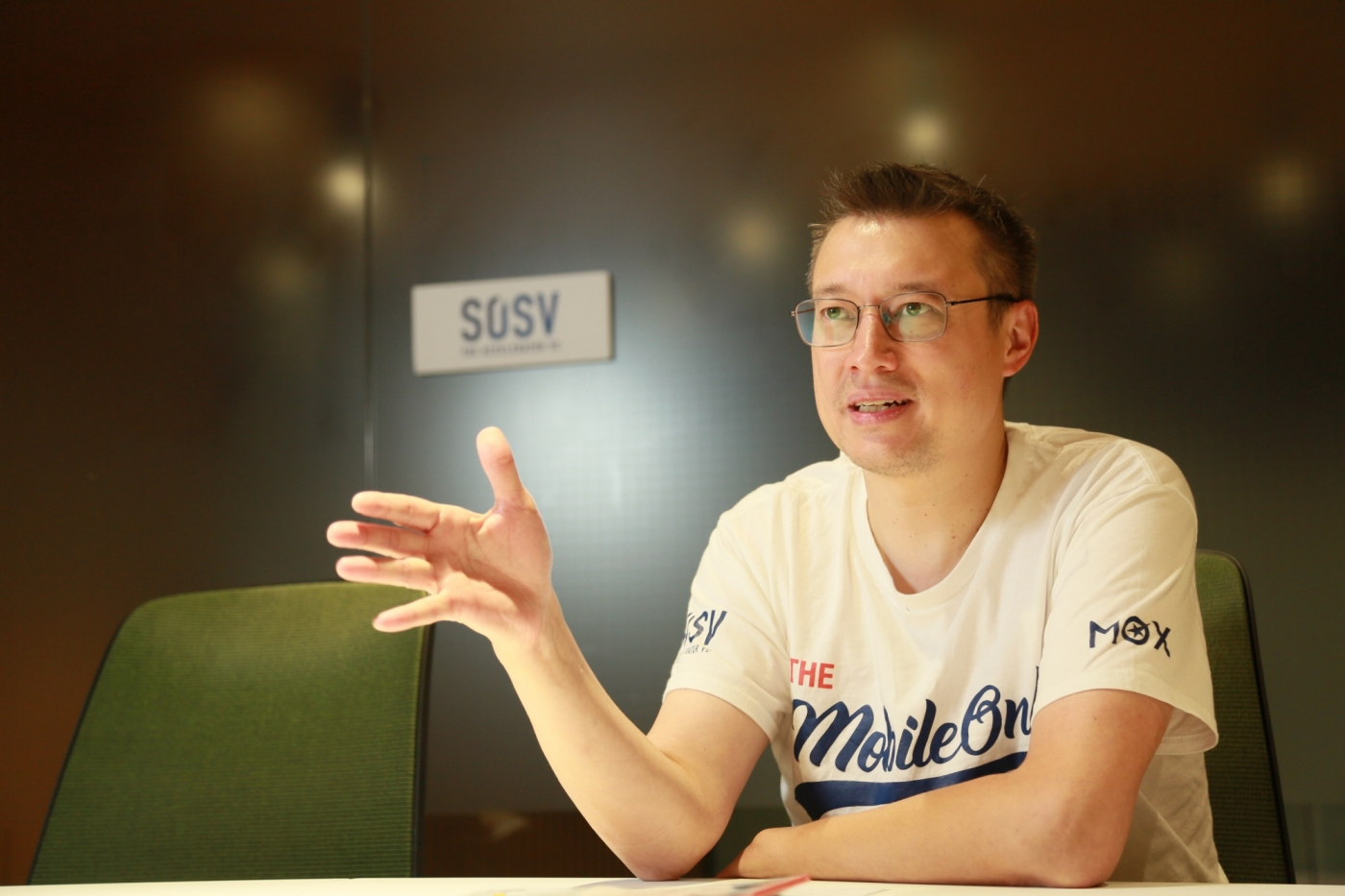 MOX, a mobile only accelerator but also a revenue-sharing advertisement ecosystem

In 2014, the opportunity for building his idea came to William. SOSV, a multi-stage venture capital firm with US$855 million under management and more than 1000 companies in their portfolio, invited William to join as a general partner and target the growing mobile internet populations in Asia to set up an accelerator. Lots of countries popped up from his mind, but after careful consideration, he decided Taiwan is the best suitable place to be a hub for the potential 4 billion mobile internet users.

"I could set the accelerator anywhere, but I think Taiwan has an unfair advantage compared to other countries, and that is engineering talents. People might say China has lots of mobile internet users, why not set up in China? Well, China' engineers are too expensive, and for Southeast Asia, there do not have enough talents on the technical side," William said. 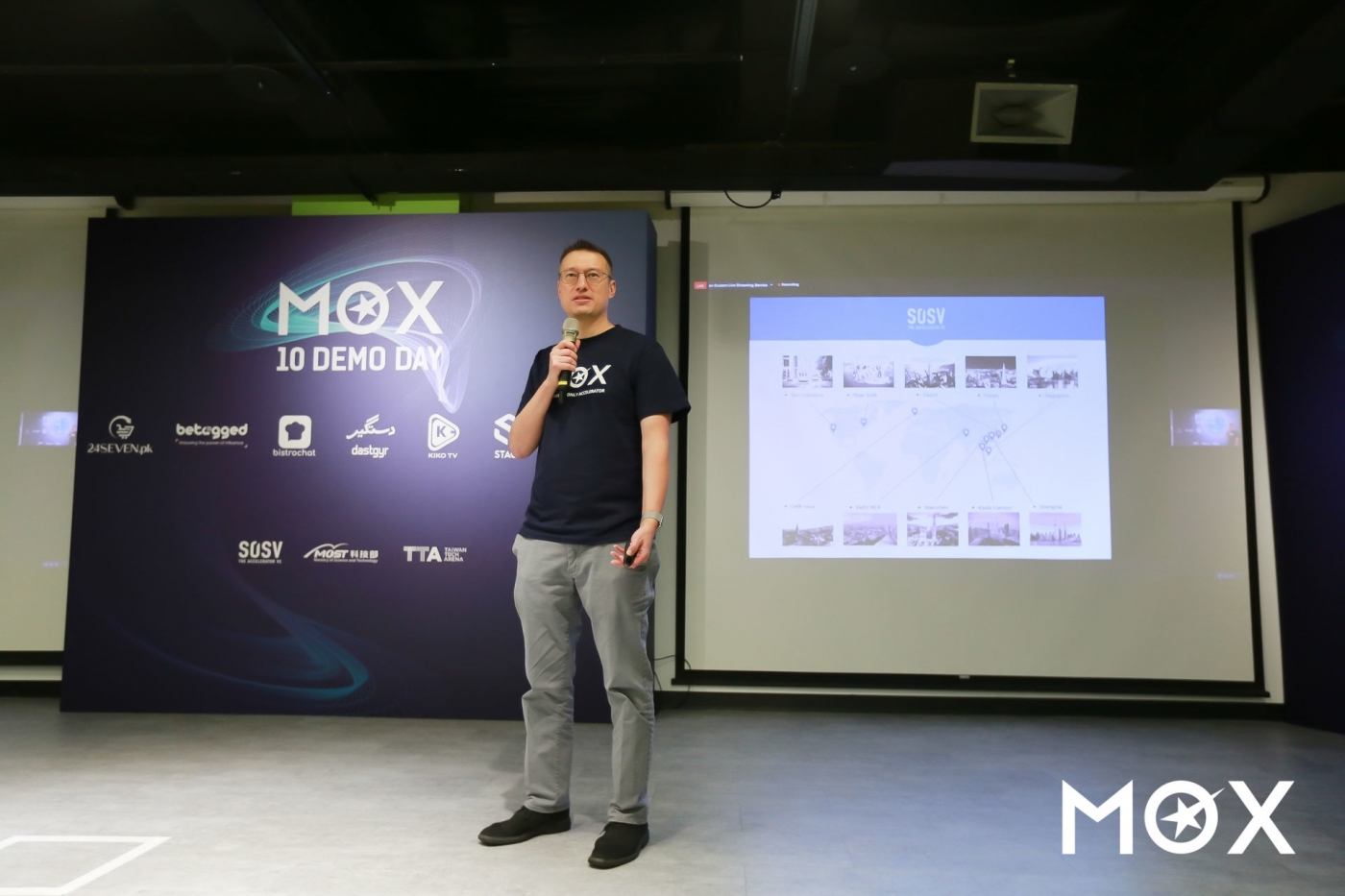 William host the 10th MOX demo day, the seven startups pitched that day doing up to US$1 million in monthly revenue. / Photograph : MOX

With these two kinds of startups in the MOX, William would let startups cross-promote for each other. The sticky applications can help promote other profitable apps, once the profitable apps make more money from promotions, it is reasonable to share some revenue back to the sticky apps.

Each batch in MOX is 6 months, and they had held their 10th demo day this year. Once the mobile startups join MOX, they will get a US$100K-$120k investment, and the opportunity guided by over 350 mentors from MOX, but most importantly, the startups can be promoted to the MOX ecosystem that has over 100 million smartphone users.

"It's been a tough ride at first. But later the growing numbers prove we are in the right direction. Our goal for the next 5 years is to grow the active users to over 1 billion across the world and be the top ten global internet ecosystems," said William. 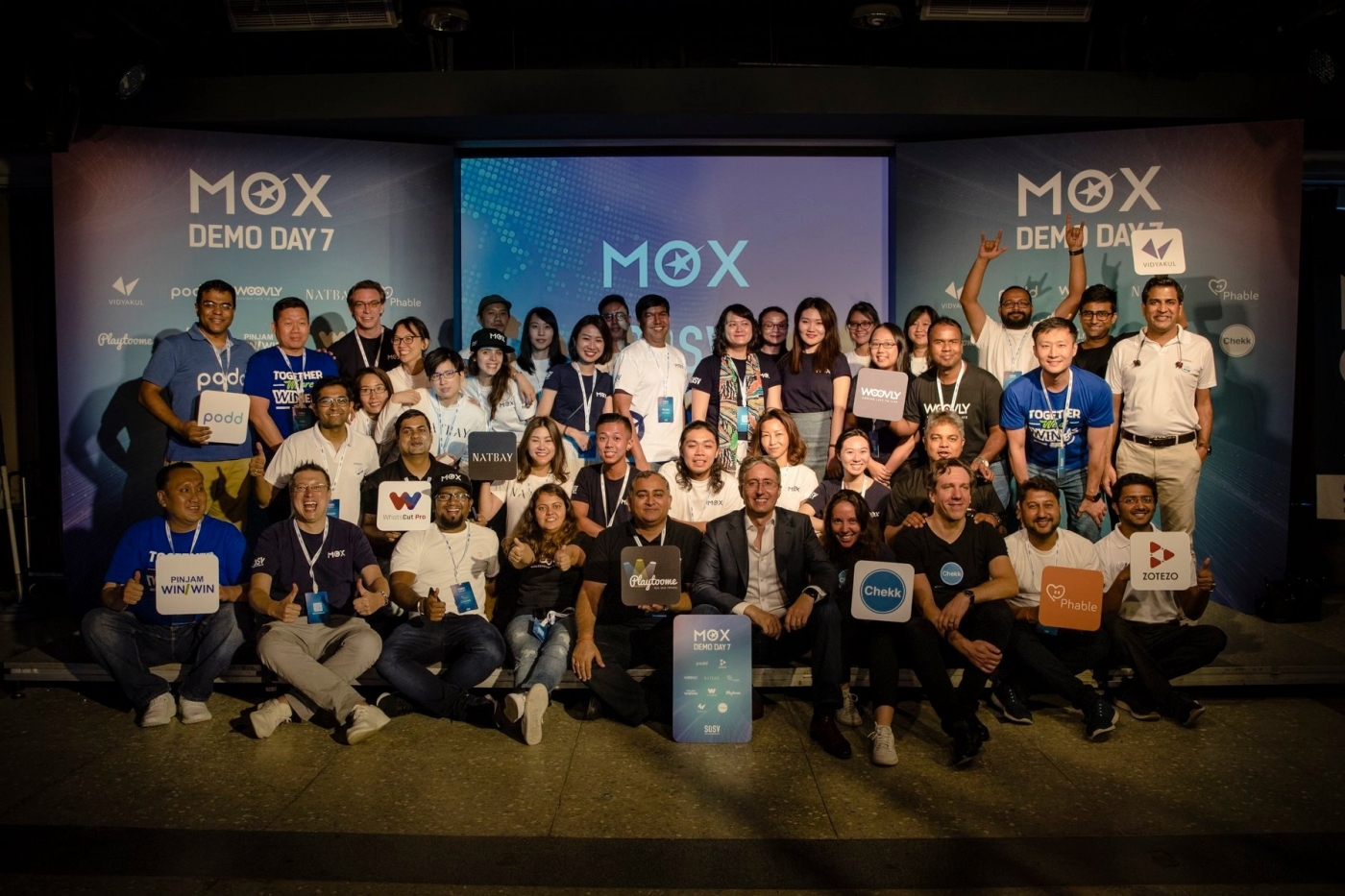 MOX keeps attracting startups from around the world to come to Taiwan. / Photograph : MOX

During these five years, MOX attracts numerous startups from around the world to come to Taiwan, and help seven startups relocate to Taiwan including italki and snapask, which strengthening the interaction between Taiwan and international.