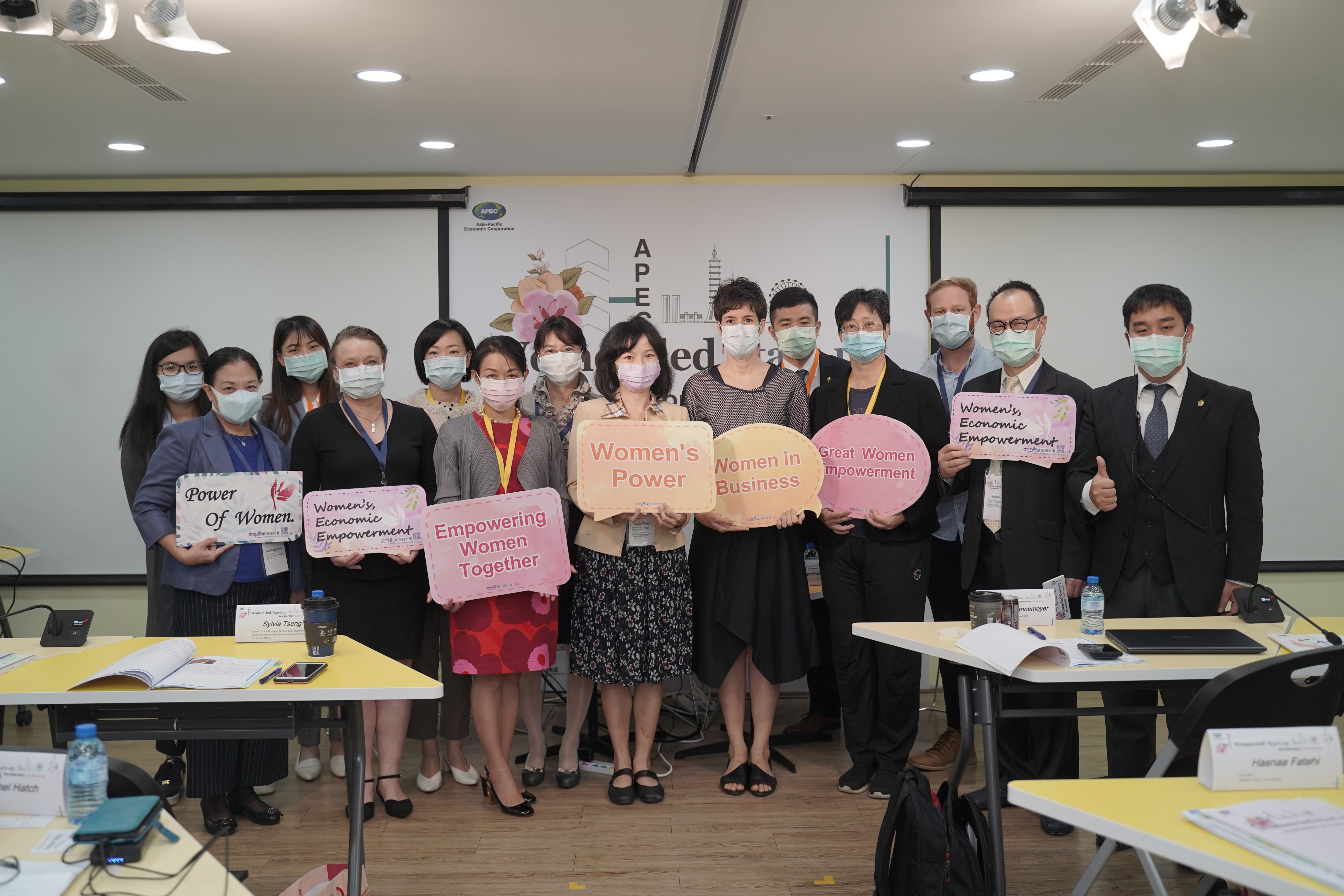 Stay connected during the pandemic
On November 16, the final workshop held under the APEC Women-Led Start-Up Accelerator Initiative was hosted in Taipei. More than 60 participants from the APEC region participated in this grand event, contributing to Asia-Pacific Start-Up connection and development through this virtual workshop. Despite of the COVID-19 pandemic crisis, this event contributed to the empowerment of women entrepreneurs in the field of access to capital and market.
This online workshop hosted by the Small and Medium Enterprise Administration (SMEA), Ministry of Economic Affairs (MOEA)involved stakeholders from various backgrounds including, policy makers, women-led start-ups and SMEs from the APEC economies to share their opinions. It has shown the world that SMEs from the APEC economics stayed strong to the goal of enhancing the capabilities of women entrepreneurs and will not be defeated by the COVID-19 pandemic.

Strengthening Female entrepreneurship in APEC
The workshop began with opening remarks delivered by Pei-Ti Hu, Deputy Director General of SMEA, MOEA. "Even in the 21st century, gender inequality is still an issue that we need to pay attention to. It is time each government making progress on building up a women friendly entrepreneurial environment in their respective economics." said Ms. Pei-Ti Hu.
"We recognize the obstacles that female entrepreneurs may have. Under this circumstance, we aim at empowering women to overcome the challenges and make efforts on female entrepreneurship with resources they need when developing their businesses." continued Ms. Hu, as she emphasized the significance of women economic empowerment and the essential goal of the workshop.

APEC Women-led Start-Up Accelerator Initiative
Whereas economic growth and better targeted social policies have contributed to shortening gender gaps in educational attainment, significant disparities remain in women entrepreneurship in the APEC region. As the APEC Women and the Economy Dashboard 2017 demonstrated: "Access to Credit" measurement of women's right and de facto access to bank loans takes the value of zero, when women have the same rights to access credit and bank loans as men; 0.5, when women only have the right to access some kinds of credit. This shows that gender inequality in entrepreneurship is still an issue that needs to be overcome.
The APEC Women-led Start-Up Accelerator Initiative is proposed by Chinese Taipei, to address the topic of access to finance and market opportunities. This event aims to enhance female entrepreneurship and strengthening business competitiveness of women-led startups by providing them with trainings and mentorship. In the past months, Chinese Taipei held the first workshop under this project with Indonesia in August, and a second workshop in October with Malaysia. Both events attracted great attention and active participation from the APEC economies. This event in Taipei was the final workshop under this initiative. Through these events, Chinese Taipei will continue to cooperate with partner economies to promote the capacities of women entrepreneurs and help create an enabling environment toward inclusive growth.