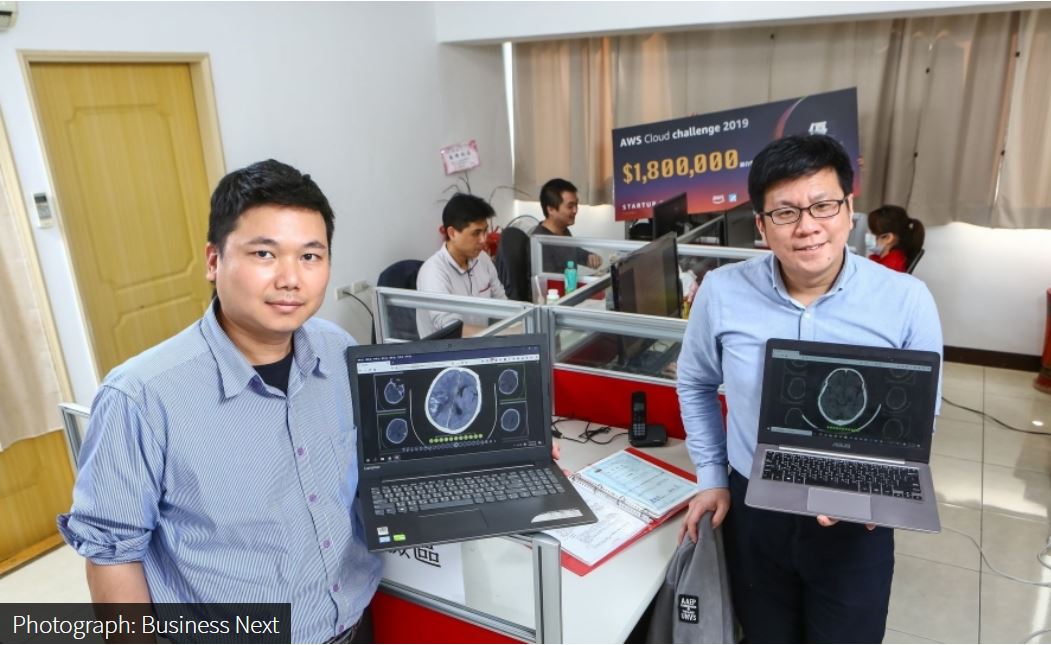 Deep01 , a Taiwanese startup that develops an AI-based software to help physicians interpret CT brain images accurately, announced that it has raised $2.7 million from laptop maker ASUSTeK.The product is approved by both the Taiwan and US Food and Drugs Administrations (FDA) and the company has received its first order worth $700,000 in February.

Other investors include the Digital Economy Fund, which is co-funded by research and development institutions Industrial Technology Research Institute (ITRI) and Institute for Information Industry (III), and BE Capital, a venture capital firm that runs a healthcare startup accelerator in Taiwan.

Designed for the use in the emergency department, Deep01 says the software detects acute intracerebral hemorrhage (ICH) with an accuracy of 93 to 95%, within 30 seconds, which is ten times faster than other similar products around the world.

For this reason, the company was able to obtain FDA approval within a year and has become the first in the APAC region to receive clearance for an AI-based software in the US, according to Business Next.

Deep01's software is now used in two medical centers and four hospitals in Taiwan and has helped physicians examine more than 2,000 brain scans.

“The ICT and healthcare industries in Taiwan are competitive on the international stage, and successful cases of commercialization will make our product more feasible in the global market,” said David Chou, founder and CEO of Deep01.

Founded the company in 2016, Chou earned his master’s degree in computer science at Carnegie Mellon University and was a Harvard University research fellow at the Massachusetts General Hospital.

Approved in both Taiwan and the US, Deep01 says its next step is to expand into global markets and offer more AI-based services for the department of accident & emergency, radiology, and neurosurgery.

Now, the company has secured partnership with hospitals across China, Japan, and Southeast Asia. In the US, Advanced Healthcare Management Corporation (AHMC), a hospital corporation based in California, is their partner.

Deep01 is also the first AI company that ASUS has ever invested in.

“Deep01 is a leading startup in the AI medical area,” said Albert Chang, ASUS Corporate vice president and co-head of the AIoT Business Group. “The collaboration is promising for smart medical applications.”

In March, the company has been awarded as one of Taiwan's Top 10 startups of 2020 by the Ministry of Science and Technology.